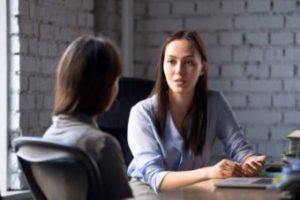 There’s no such thing as a conflict-free workplace. Some tension is a normal part of bringing together a group of very different people and asking them to spend 40+ hours a week collaborating to meet common goals. Conflict isn’t even necessarily a bad thing! Sometimes it’s the catalyst that leads to new ideas and positive growth.

But conflict can also cause rifts that interfere with the company’s mission and put metaphorical dents in the company culture. Disagreements among coworkers, or between employees and their managers, can turn into fights that cause resentment to grow among team members. In a distributed workforce, those resentments can quietly fester until what started as a minor disagreement becomes a much bigger problem. Being proactive about conflict management is a key part of successfully managing remote teams.

There are definitely some extra challenges around managing conflicts within remote teams. For one, even really diligent managers can’t see everything that’s happening between coworkers. By the time a conflict rises to the level of management involvement, it could have been brewing for weeks. So defusing tension before it grows is really important in a distributed workforce. Some of the key conflict sources for remote teams include:

Responding to Conflict Among Remote Workers

Some conflict are inevitable within a distributed workforce. There are a few strategies that may help you quickly defuse these flare-ups and prevent them from happening again.

Especially for companies that had to pivot quickly to remote work, there’s a steep learning curve for creating a strong distributed workforce culture. How conflict is managed is a big determining factor in a company’s culture. Remote employees want to know that their concerns are being heard, and management wants to resolve issues with minimal disruption to productivity. Being proactive about conflict management is a win-win.

Learn more and register for our upcoming webinar, Managing Conflict in the Middle of a Pandemic, on Tuesday, July 28 at 12:00 PM EST. This session will discuss the conflict resolution skills you need to work through the unique challenges of today’s “new normal”.