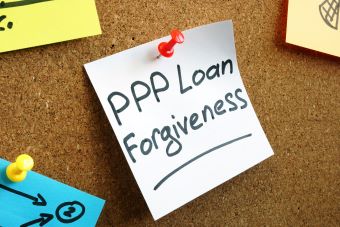 In 2019, describing something as predictable might have been an insult. In 2020, though—what wouldn’t we give for a little more predictability? From state health departments to your local school district, COVID guidelines are constantly changing. No one knows what the next week will bring.

Small business owners have been especially hard hit by those fluctuating rules. The Paycheck Protection Program has allowed many to continue covering payroll and other costs. But the program was put together so quickly that there were a lot of holes in the initial guidance. Since the PPP was first enacted in April, the consequences of its ongoing evolution have both helped and hurt small businesses.

One of the PPP updates made in early summer improved the program’s usefulness for a number of small businesses. When the Paycheck Protection Program was first enacted, businesses that got loans would only be eligible for forgiveness if 75 percent of the loan was spent on payroll. The covered forgiveness period was just eight weeks. A business that got its money in April would have only until June to spend it all.

That was a tremendous burden for a lot of the small businesses the program was designed to help, especially those in the service industry. Restaurants and bars that were forced to lay off a lot of their employees were not spending enough on payroll in spring to reach the 75 percent threshold. And being able to spend only 25 percent of the loan amount on rent and utilities was also unworkable for these businesses, especially those located in expensive urban areas.

In June, the Paycheck Protection Program Flexibility Act of 2020 lowered the payroll threshold to 60 percent, and extended the covered period to 24 weeks. This added flexibility gave businesses across all industries some much-needed breathing room. For example, take those restaurants that were able to reopen for dining once the weather became warm enough for outdoor seating. Had the covered period stayed at eight weeks, these businesses wouldn’t have been able to use their loans to cover payroll over the summer.

You may or may not be affected by another unanticipated PPP consequence at tax time. Specifically, there is some confusion about business expenses that would normally be deductible, and whether those expenses will be deductible if they were paid for with PPP loans.

The IRS has said that otherwise deductible business expenses will not be deductible if they were paid for with covered loans from the PPP. This position has been widely criticized. Many small business owners are naturally nervous about higher taxes next year because they won’t be able to take their normal deductions.

Voicing those concerns, a group of more than 170 business organizations and trade groups sent a letter to Speaker Pelosi and Majority Leader McConnell on August 4th. This letter asked Congress to restore tax benefits in the next round of relief funding. “If a business has $100,000 of PPP loans forgiven and excluded from its income, but then is required to add back $100,000 of denied business expenses, the result is the same as if the loan forgiveness was fully taxable,” the letter argues. “How do you offset expenses incurred in 2020 with loan forgiveness realized in 2021?”

Some legislators are acting too. In May, a bipartisan group of Senators proposed the Small Business Expense Protection Act of 2020. The act would guarantee small businesses the right to deduct business expenses related to their forgiven loans. This issue hasn’t been settled yet, so we’re keeping an eye on any developments.

Some Businesses Struggled to Get Workers Back

While the program was intended to keep workers employed, it was at odds with certain CARES Act provisions that actually kept employees from going back to work. Sure, the extension of the forgiveness period to 24 weeks was a boon to many small business owners. They were able to pay employees once local regulations allowed them to start reopening and expanding their services, which happened during early summer in many parts of the country.

But at the same time, a lot of the employees who had been laid off or furloughed were safely at home. They were drawing unemployment, including the weekly $600 boost provided under the CARES Act. Plus, there was the safety component of returning to work. For employees in retail stores, restaurants/bars and other public-facing businesses, going back to work also meant an elevated risk of exposure to the coronavirus.

So, when employers started reopening, some of them found that their employees weren’t willing to come back. Hiring and training new employees has been less than ideal during the pandemic. As a result, many employers have struggled with the same conundrum. How do you get your staffing levels where they need to be, both for operational purposes and to get PPP forgiveness, when workers could earn more while staying home than working?

This was one of those PPP consequences that many small business owners couldn’t have seen coming when they let employees go in March. This scenario is less likely now that the expanded unemployment benefits have expired. But for the small businesses that have been pummeled by staffing issues on top of everything else, these last few months have been rockier than they needed to be.

These are just some of the unanticipated PPP consequences that have affected small business owners and their workers in recent months. Though the program has been unpredictable to say the least, navigating its guidelines has allowed countless businesses to stay afloat.

If you are a business looking for more specific, individualized guidance, Commonwealth is offering a PPP Forgiveness Coach Program available to both clients and non-clients. Learn more about how your business can benefit from being ‘Coached’ through the PPP Loan Forgiveness Application.