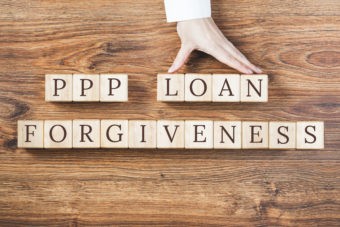 The Paycheck Protection Program (PPP) provided billions of dollars to businesses affected by the COVID-19 crisis, which undoubtedly served as a lifeline to many. Still, PPP funding received by some businesses dried up earlier than anticipated, and the frequency and evolution of PPP guidance has been enough to make anyone’s head spin.

The PPP loan application window closed on August 8th, but that closing coincidentally opened a number of doors to questions about loan forgiveness. As the presidential election is upon us, and the year comes to a close, it’s important for borrowers to examine legislative changes regarding the PPP Loan forgiveness process. And, with some businesses still in need, it’s important for us all to look at what may be in store for the PPP.

Through the PPPFA, the program’s end was extended to no later than December 31, 2020, which also extended the date for rehiring employees to apply for the FTE Safe Harbor and the Wage Reduction Safe Harbor. Additionally, the specifics for 2 new FTE reduction exemptions were outlined, and the option for the extended “covered period” was introduced. The PPPFA also adjusted the 75% payroll/25% non-payroll expense rule to 60/40, respectively.

In August, the SBA preemptively established an appeals process, which included timing and substantive requirements, for borrowers to challenge forgiveness review decisions made by the SBA.

In October, the SBA and US Treasury issued a simpler loan forgiveness application and instructions for PPP recipients of loans for $50,000 or less. The new application and process allow eligible borrowers to complete the application with fewer calculations, and requires less documentation.

What’s Ahead for Loan Forgiveness?

The good news on the forgiveness front is that SBA guidelines allow businesses 10 months from the end of their covered period to apply for loan forgiveness, so there isn’t a need to complete the application just because it’s available.

In fact, with the speed at which program guidance evolves, and with the process becoming easier with each application release, waiting to apply has become a prudent measure. According to a recent survey performed by the National Federation of Independent Business (NFIB), only 16% of borrowers had submitted their PPP loan forgiveness application as of September 30th.

The IRS issued an official Notice in April stating that otherwise deductible business expenses will not be deductible if they were paid with covered PPP funds, as it would constitute “double dipping” for tax benefits. This position hasn’t been accepted with open arms. A group of more than 170 business organizations and trade groups sent a letter to Speaker Pelosi and Majority Leader McConnell in August, urging Congress to restore tax benefits in the next round of relief funding.

“Congress intended for the loan forgiveness under PPP to be tax-free,” stated the letter to Pelosi and McConnell. “The IRS Notice reverses that position and eliminates any benefit, let alone a double benefit. If a business has $100,000 of PPP loans forgiven and excluded from its income, but then is required to add back $100,000 of denied business expenses, the result is the same as if the loan forgiveness was fully taxable.”

In May, a bipartisan group of Senators proposed the Small Business Expense Protection Act of 2020, which would guarantee small businesses the right to deduct business expenses related to their forgiven loans. Some small business owners have been lobbying with the support of their member associations and trade groups and by reaching out to their elected officials. Unfortunately, no reversal has been provided to date, but we continue to monitor related developments.

What’s Ahead for Businesses in Need?

According to that same NFIB survey, roughly 50% of small businesses anticipated that they would need additional financial support over the coming year. Over $130 billion in unused funds remained at the PPP’s closing. So many of us are asking, “Hey Congress, what’s the plan of action?

“Now is the time for us to come together and immediately vote on a bill to allow us to spend the unused Paycheck Protection Program funds while we continue to work toward a comprehensive package,” said Secretary of the Treasury Steven Mnuchin and Chief of Staff Mark Meadows in their October 11th joint statement to the members of the House and Senate.

While additional stimulus efforts and more PPP funding have bipartisan support, the devil is in the details, which is making it difficult to foresee swift resolution. In terms of the election, it seems the presidential candidates bring their own mixed messages to the debate already on the congressional table. We’ll continue tracking related developments, as they continue to unfold.

And take a look at some of our previous articles for more information:

Commonwealth Payroll & HR is offering a PPP Forgiveness Coach Program to assist with certain aspects of the PPP Loan Forgiveness Application and process. To learn more, and to discuss how we can help with your PPP loan forgiveness strategy, contact us today.